(We caught 6 Baltimore Orioles, and there are 3 of us Yanks banding: Sarah, Mattie, and Lauren. Amy, the Texan, was the ump.)

Today was an excellent banding day, as we caught more birds today than total last week. We caught 13 birds last week, and 34 today. Our record for the season is 76 and 10 (# birds caught and # days banding). Hopefully this streak of catches continues, as we were getting tired of all the flys (the mosquitoes, not fly balls. They're horrendous out at Fry's Landing. We bring out our pinch hitter, DEET, on a regular basis).


Game highlights:
Mattie managed to tag a Trail's Flycatcher before it could steal home in the bottom of the second in a well-executed play at the plate. 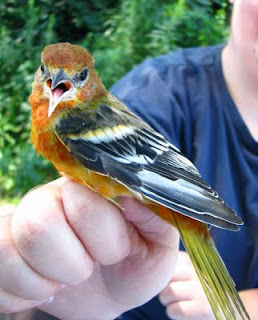 Amy called foul on the Northern Cardinals, which were pulled from the game for misconduct (excessive biting of the ump).

In the top of the fifth, Lauren picked off two Song Sparrows in a double play, keeping the score at 3-3, but the Gray Catbirds staged a comeback with three home runs, giving the lead to the avian team. 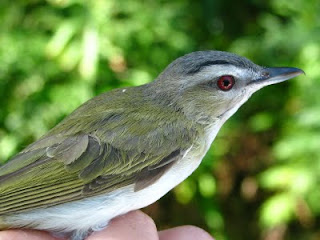 We have sextuple-headers each week, so bring yourself out to one of our games sometime soon! 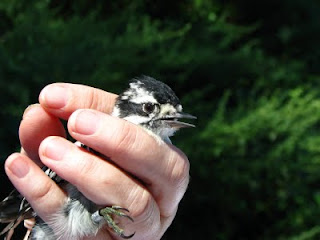 Sweet! Great post, the humor was a perfect touch!